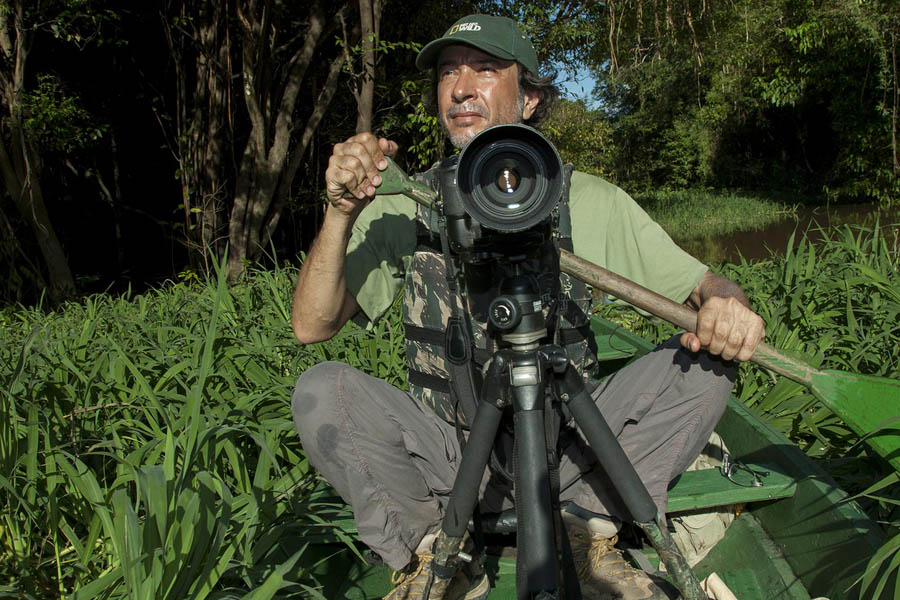 Daniel De Granville is a Biologist with post-graduate certification in Scientific Journalism, ecotourism guide and nature photographer. Being a very patient and detail-oriented wildlife enthusiast, Daniel likes to lead trips with peculiar objectives such as photographing jaguars in the wild in the Pantanal or diving with anacondas in the Cerrado and pink river dolphins in the Amazon.

Throughout his academic career Daniel developed studies with varied topics, from scientific research with bats in the Atlantic Rainforest to an experimental documentary about Afro-Brazilian religions that worship nature.

Born in Brazil and having spent the past 20 years between Bonito and the Pantanal, Daniel developed his taste for photography while working as a guide for renowned photographers from several countries.

As a photographer, Daniel has presented exhibitions and lectures in Brazil, Germany, USA and Argentina. He has done photographic documentation for books published by different institutions such as WWF and Conservation International. In 2015 Daniel won the first prize in Brazil’s 1st Nature Photography Contest, sponsored by the Brazilian Association of Nature Photographers (AFNATURA) with more than 4,400 submitted images.

His first book (the “Bonito Field Guide”), published in 2005, is on its third edition. In 2008 the book “Água Boa: a Natureza em Itaipu depois de Sete Quedas” was released, with photos by Daniel and text by environmental journalist Marcos Sá Corrêa. His most recent publication is the book “Green Diamonds”, with images of Private Reserves of Mato Grosso do Sul, Brazil. 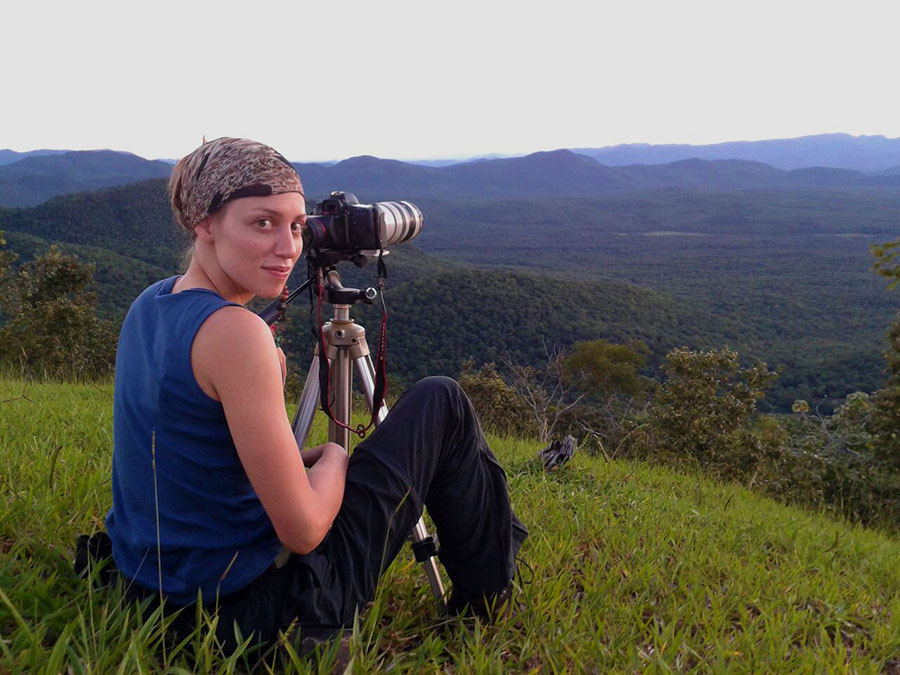 Naíra de Zayas has multiple personal and professional interests, mainly in the field of arts in their various forms of expression. Born in the Cerrado of Mato Grosso do Sul and certified as a Tour Guide, she has studied Social Communication at the Federal University of Mato Grosso do Sul and Animal Sciences at the State University of Santa Catarina. She is currently pursuing a degree in Visual Arts. From her parents she inherited the taste for video and photography, Lídio Sohn and Pilar de Zayas Bernanos produced several pieces that were featured in film and video festivals throughout Brazil. The great-granddaughter of Georges Bernanos, French naturalist writer and journalist, it was through her grandparents’ influence that Naíra intensified her passion for nature.

She has worked in independent productions and also for Photo in Natur (see here), among others. When not in the field guiding her clients, giving support to Photo in Natur’s expeditions or capturing images and editing videos Naíra remains in the office managing our operations and ensuring that every detail is planned to provide a quality service for our clients.